Here you will find VPN services for any of your devices with the highest speed, a large number of servers and locations, high data anonymity and usability. 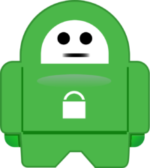 How much do VPNs Cost?

To date, the market is proposed to be full of various offers from VPN providers. Therefore, choosing which of them you would like to stay with, pay attention to several important components. Namely on the functions that VPN offers, the number and location of servers, the quality of the connection and the pricing policy.

Many VPNs offer their services for free. Of course, this is a very pleasant and tempting proposal, but remember that compared to paid subscriptions, such VPNs cannot guarantee you the proper level of data protection and privacy during your online sessions. Moreover, if you want to use VPN for your business, free options are not only less reliable, but also will hardly satisfy your requests for the number of employees connected to the service.

Paid VPNs on average want for their services a monthly fee of $10. Of course, you can find more budgetary VPNs, the cost of which will be up to $7 per month. At the same time, the annual subscription will cost clients about $50-60. If you need to get additional services, the rate will be a little higher. Anyway, we recommend paying your attention to the various plans for a good value that VNPs offer. It will be more profitable for you to buy VPN subscription for a year or more since the monthly cost, in this case, will be 40-80% cheaper than if you buy a subscription just for a month.

How Many People Use VPNs?

Global Web Index Company conducted a study and reported that about one-fourth of all Internet users make connections through the VPN. Starting from 2013, the company annually analyzes about 200 thousand users from 34 different countries on the determined parameters of a digital character, including the most preferred and best VPN app.

Based on the data obtained, the leaders in the use of VPN are such Asian countries as Thailand and Indonesia. Approximately 40 percent of Internet users prefer to conduct an online session via the VPN application there. In countries such as Vietnam, United Arab Emirates, Brazil, and Turkey, this figure reaches 35 percent.

About 29 percent use the VPN to connect to the network in China. This country, as well as Thailand and Indonesia, are forced to bypass certain government interlocks (especially social media). In Western Europe, countries prefer to use VPN in order to obtain online confidentiality. Their rate reaches 15 percent of all users.

How do VPNs Protect You?

VPN is a two-point connection between the system used, whether it’s a phone, a computer or some other gadget, and a server. Reputable VPN providers usually have a large database of remote access servers. These servers create a primary level of security for your personal information in the process of requesting and authenticating the accounting details that are used to enter the provider’s network.

The VPN software that is used on your system is suitable for all data groups sent from your device to another data group. Before your personal information is transmitted over the Internet, it will go through the so-called encapsulation process. This means that your data will receive additional protection and will be kept from prying eyes and shared access. This is how the private VPN tunnel is created, through which your personal details are routed.

To improve the level of data protection, after the encapsulation process, personal information passes through reliable military-level encryption. Due to this, your data can be read using only your installed VPN software and the server you have chosen, which VPN provides. For more reliable routing over public and open networks, the encrypted information receives the coordinates of sending information, hiding the identification elements of the sender.

How to Set Up Multiple VPNs?

If you have several devices, which you will need to connect to the Internet at the same time, remember that all of them will require a good connection and quality work. Therefore, no matter which gadget you use – a computer, a tablet, a phone, a laptop, or something else, you need to make sure that the selected VPN supports this function, and that all your connections work well.

Here is step-by-step instruction on how to use VPN for multiple devices:

How are VPNs Used?

All over the world, people use the services of VPN providers to obtain a secure and encrypted connection to the Internet. A good VPN client gets the opportunity to conduct encrypted connections, safely using and bypassing all geo-restrictions of various Internet resources. Moreover, some VPR providers give their customers the opportunity to use a dedicated IP address for additional payment.

In order to create an encrypted tunnel connecting your device and the VPN server, special encryption technologies are used. These include L2TP/IPSec, Transport Layer Security, Secure Sockets Layer, and IP-security protocols. When your traffic passes through such a tunnel, it cannot be tracked by anyone. Therefore, neither hackers nor the government will be able to trace your online activity.

In addition, that VPN protects your connection and provides online privacy, it is also suitable for BitTorrent and P2P traffic. This is because most ISPs limit or completely exclude the possibility of file sharing. Some users connect to the Internet through the VPN in order to visit streaming sites like Hulu and Netflix, in regions where access to the sites is blocked.

We have listed all things for which VPN can be used:

Throughout the world, VPNs are legal for use. Moreover, even in countries, such as China, where VPN providers are blocked, they are still legal.

And there is some evidence for this:

Therefore, the government of countries that are against the legitimacy of the VNP should take into account that the ban on the use of VPN can negatively affect the business, which very much needs data protection, as well as users who use VPN exclusively in legal activity.

Ambiguity in the use of VPN

To forbid people to use VPN during online surfing only because someone uses them to commit illegal operations will become a very inconsistent step. In this case, companies engaged in pharmaceuticals would also have to be banned, as some strong medicines are drugs. The same would apply to shops selling weapons and even garden stores, the goods of which can be used to create a bomb. Thus, the legality or illegality of the use of the VPN should not be a matter of dispute and the ban on its use will become a great ambiguous issue in any country.

Therefore, any VPN provider will not be able:

All these things are not included in the compilation of VPN providers. Especially, it will be the very strange situation if the access to the Internet is banned only on the grounds that someone uses it for illegal purposes and abuse its capabilities.

VPN is an effective and simple option that provides access to geo-blocked content and a high and reliable level of protection of your data during online sessions. Remember:

It is very important to understand why you need to get VPN proper quality service. By connecting to a network without a VPN, you risk your data, which is not protected in any way. Just imagine that any person within a radius of 150 m from you can easily enter your gadget while having the necessary tool for hacking and a little knowledge. All your data, including your bank account number, passwords, reviews, and comments will be simply available and can be easily used against you.

If you think that you have absolutely nothing to hide and your data is unlikely to interest hackers, then do not rush to rejoice and take in mind that:

Thus, to protect your data from theft, and your traffic from surveillance is recommended to use the services of VPN providers. Anonymous VPN will help you feel secure, as well as quickly and easily bypass geo restrictions and enjoy your favorite content in the unlimited quantities.

How to set up a VPN on Windows

Most of the people do not get access to most of […]